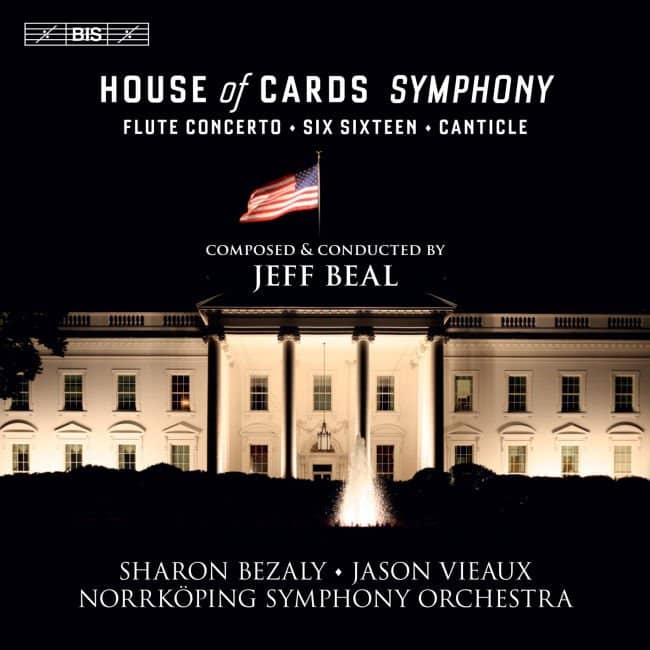 This 2-disc set grew out of the fascination of Robert von Bahr, founder and managing director of BIS Records, for the television series House of Cards.  To complement the concerto a selection of music from the series was agreed upon, but with five seasons worth of instalments to choose from, this quickly grew into a large-scale (very large-scale!) House of Cards Symphony which at 83 minutes takes up a disc all on its own. So now the decision was made to record and present a lavish two disc-set, with three further works: Six Sixteen for guitar and orchestra (performed by Grammy Award winner Jason Vieaux), Canticle for strings and a brand new House of Cards Fantasy for flute and orchestra.