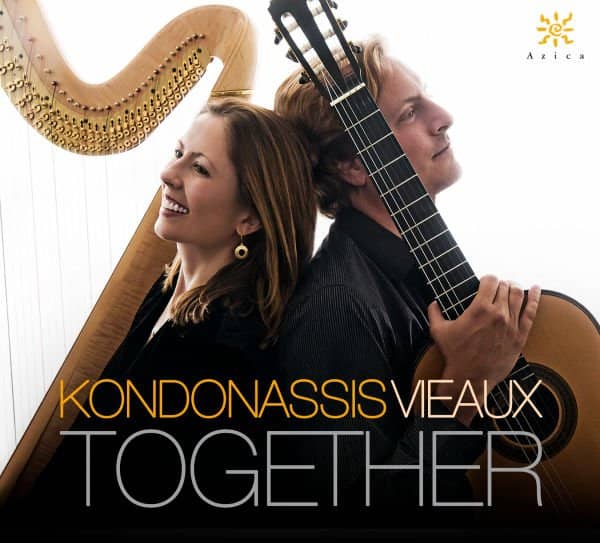 Harpist Yolanda Kondonassis and guitarist Jason Vieaux have come “Together” to create a recording featuring two world premieres for the duo. Each of the five works on this recording shows off the unique character of the harp/guitar combination in general, with the two premieres especially revealing the engaging musical personalities and communicative skills of this duo in particular. Since making her debut at age 18 with the New York Philharmonic and Zubin Mehta, Yolanda Kondonassis has been celebrated as one of the world’s premier solo harpists and is widely regarded as todays most recorded classical harpist.