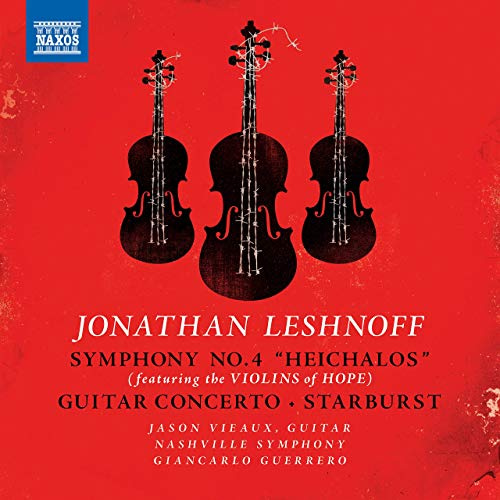 On this May 2019 release, Jason performs the world-premiere recording of Jonathan Leshnoff’s Concerto for Guitar. Distinguished by The New York Times as ”a leader of contemporary American lyricism,” composer Jonathan Leshnoff is renowned for his music’s striking harmonies, structural complexity and powerful themes. Leshnoff’s works have been performed by more than 60 orchestras worldwide, including commissions from Carnegie Hall, the Atlanta, Baltimore, Dallas, Kansas City, and Nashville Symphony orchestras, and the Philadelphia Orchestra. 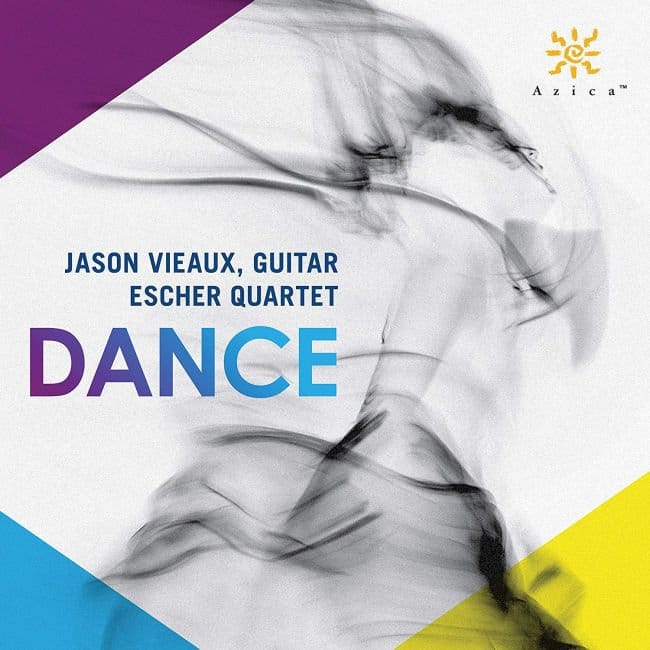 Grammy Award winner Jason Vieaux joins forces with the esteemed Escher Quartet to produce a recording with some new and old works with dance themes in common. These three works may share elements of dance-inspired music, and contain actual allusions to specific dances in the titles (or expressive markings) of certain movements, but that is where the similarities end. These guitar quintets, all from very different periods, couldnt be any more different from each other in style, timbre, texture and dynamics. They show the musical range and flexibility of the guitar within a more traditional chamber music group setting.